Welcome to my podcast, Torah tl;dr. Oftentimes people will use “tl;dr”–which stands for “too long; didn’t read”–to indicate that what follows are highlights of something that is particularly verbose. Like the weekly Torah portion.

Torah tl;dr injects a little wisdom into your day, giving you a highlight of the Torah portion in 60 seconds. New podcasts every Friday, just in time for Shabbat.

If you want to read the entire portion, you can find it here. 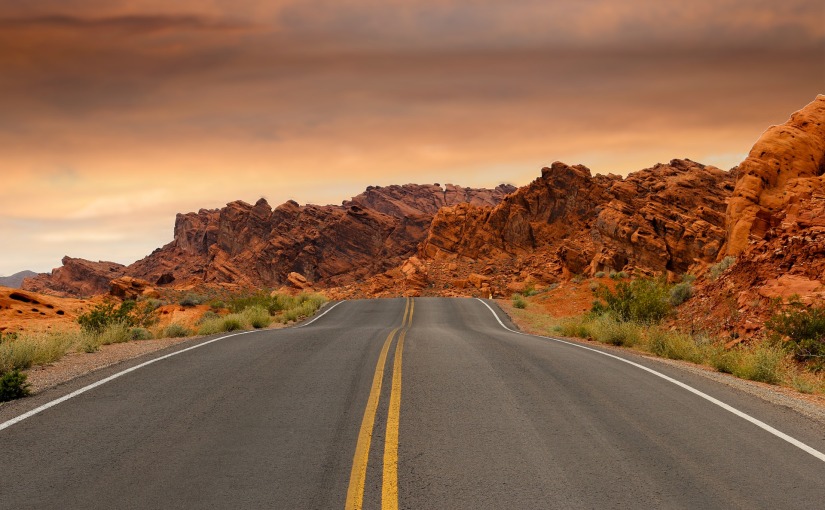 This is a distillation of a teaching I shared at our annual congregational meeting last week:

As we gather to do the business of the congregation, we can turn to the Torah portion for some reflection. This week’s portion, Shelach, tells that story in which God tells Moses to send spies into the Promised Land to check it out and to see what things are like, a reconnaissance mission if you will. Twelve people are sent, one from each tribe.

When they return, they give their report. They note the population, the size of the community, the land’s bounty and wealth. Ten of the spies then turn pessimistic, noting that the Israelites are overmatched and will not be successful in their entry into the land. Two of the spies give a dissenting opinion, noting that God is on the side of the Israelites and while difficult, they must go on.

Majority rules, and the negative report of the ten is accepted over the positive report of the two. The Israelites get upset and begin to rebel, God punishes the Israelites by condemning them to wander for 40 years in the desert, a practical means to have the current generation die off so that the next generation will enter into the land. (We sometimes forget that the original plan was for the Israelites to travel directly to the Promised Land from Egypt, with a detour to Mount Sinai to get the Torah. The 40-year wandering was instituted later.)

When we tell this story, we tend to focus on the differing opinions of the 10 vs. the two and the conflict between them. But if we take a step back, we should remember that both groups—all 12 spies—had the same assessment of the land. The text reads:

At the end of forty days they returned from scouting the land. They went straight to Moses and Aaron…and they made their report to them and to the whole community…This is what they told him: “We came to the land you sent us to; it does indeed flow with milk and honey, and this is its fruit. However, the people who inhabit the country are powerful, and the cities are fortified and very large;….(Numbers 13:26-28)

It is only after this report that they disagreed. They were all the same in the reporting of the facts, where they differed is how to understand those facts and what to do about it.

As we move forward as a community, as a congregation, it is important for us to get a lay of the land, to develop a vision of what lay ahead for us. We may differ as to what to do with that information, or what steps to take, or how to approach those realities. But the ability to do an assessment, to have a real sense of what lay ahead for us, is important. Just like the spies, we should have consensus on what is in front of us.

We are back from our adventures, and we all made it!

It was a wonderful trip, full of many great new sites and experiences. We visited family and friends (including a surprise meet-up with my college roommate), explored sand dunes and canyons, discovered fossils, visited an observatory, went on walks and hikes, swam in Lake Powell and saw the Grand Canyon and the Las Vegas Strip. We had Shabbat dinner at our campsite and s’mores around the fire.

One of our visits was to Salt Lake City. We drove around the city, but our one stop was at a place called “This is the Place.” It was referred to us by cousins who stopped there on their own road trip. It is a historic recreation village of early Salt Lake during the time of the Mormon settlers, including authentic and recreated buildings and docents acting the parts of early villagers.

The name of the place refers to the words of Brigham Young, leader of the Mormon Church, who, upon seeing the Salt Lake valley declared this to be the place the pilgrims would make their settlement and build their church and city. Emulating the biblical Israelites, the Mormons were fleeing religious persecution and made their way west from Illinois based on a prophesy by Joseph Smith.

A large monument stands at the place, and it indeed is an impressive view. One could imagine after such a perilous journey seeing the valley and deciding one has arrived at the Promised Land. 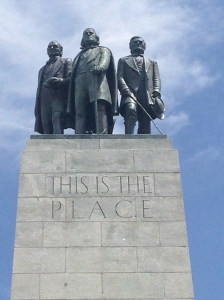 Seeing this vista and learning the story I thought of the events in this week’s Torah portion. This week we read Shelach Lecha, in the book of Numbers. While we may be familiar with the story of the Israelites wandering in the desert for 40 years, that wasn’t the original plan. Originally the Israelites were to take a short journey from Egypt to Sinai to Canaan; on a map it is not that far. After the events we read in the Torah this week, however, the Israelites are doomed to face another fate.

In this portion, the Israelites have indeed arrived near the border of the land. Moses sends out scouts-12 in all, one from each tribe-to assess the land. Ten come back with a report: the land is fertile and lush, yet the inhabitants will be too strong to overcome and the Israelites will be destroyed. Two-Joshua and Caleb-assure the people that they will be able to enter and settle the land.

The people, however, follow the report of the ten and fall into a panic. It is after this reaction-traditionally understood to be a demonstration of a lack of faith in God and God’s plan-that the Israelites are condemned to wander in the desert for 40 years. The length of time represents a generation, for the punishment is that the Israelites who left Egypt will not be the ones to enter into the land, but rather their descendants will.

At our congregation’s annual meeting this past week, I reflected on this story. Perhaps the sin of the Israelites, what prevented them from moving forward as a community, was not disobedience or lack of belief, but rather the fact that they did not listen to each and every opinion. They only heard the views of the ten, and neglected the views of the two. Rather than make an informed decision based on all of the available evidence and opinion, they chose to hear and act on only one side. As it was for the Israelites it is important for us: in our communities we need to be able to listen to all the voices and make informed decisions based on them.

For the actions of the Israelites in the story prevented the people from moving forward as a community. Moving to the Promised Land was the next chapter in the saga of the Israelite people. By not making a thoughtful well evaluated decision, and acting only on instinct or half-truths, the people were not able to grow and build. They were not able to have the clarity of Brigham Young and say, this is the place.

And in both cases, “place” is not about the physical location. While the Israelites were headed toward a Promised Land, what they were ultimately headed for was the fulfillment of the communal goals and the redemption of a once-enslaved people. While the Mormons found a valley in which to settle, the location was only the vehicle to fulfill and live out their spiritual ideals.

We are all heading toward a place, but that place may not be found on a map. The place we are heading is one of fulfillment, redemption, growth and community. We just need to point the way, and have trust in the journey.