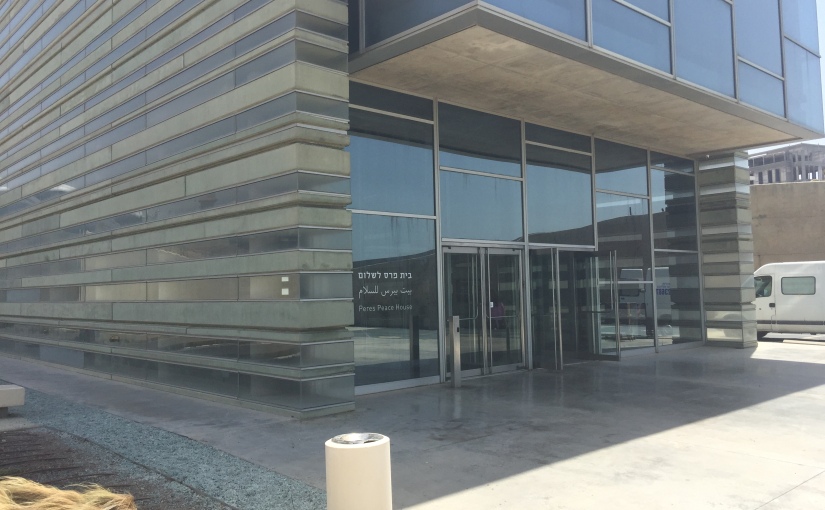 Right before our Advancing in Hebrew class this past Tuesday night did I see the news that Shimon Peres, a giant in the history of Israel, passed away.

Peres was Israel’s senior statesman who emigrated from Poland with his family during the British Mandate, helped build the state alongside David Ben-Gurion, served in many senior positions including Prime Minister and President and became, after contributing to the build up of Israel’s military, a leader in the quest for peace by (among other things) secretly negotiating the Oslo Accords. It was for this that he, along with Yasir Arafat and Yitzhak Rabin, was awarded the Nobel Peace Prize.

Unlike Rabin, who was killed for his move towards peace, Peres was able to live out his very long life. Yet he still was not able to see a time of true peace. And his legacy may just be that—not looking back on a particular milestone or achievement, but a lifetime of service in pursuit of peace. In 2005 Peres was quoted as saying, “Optimists and pessimists die the same way. They just live differently. I prefer to live as an optimist.”

When I traveled to Israel on my interfaith trip with the Jewish Council for Public Affairs last May, one of our first stops was the Peres Center for Peace in Yafo, an NGO founded by Shimon Peres in 1996. Here, in a beautiful spot overlooking the Mediterranean, many programs were born that sought to build connections, relationships and cooperation between Israelis and Palestinians. The one we specifically heard about that morning was the medical program, which provided means for Palestinians living in Gaza to get medical help in Israel, and for doctors to participate in training across the border. Fascinating and powerfully important work.

Peres’s legacy, like anyone who spends a lifetime in government service especially at the upper levels of leadership, is going to have its highs and lows. Biographers and historians will continue to analyze this. But my one personal take away, realized after walking out of that building that bears his name, is that it will be programs like the one I learned about that will that will truly bring about peace.

Governments and leaders can negotiate borders and sign treaties. But it is the people on the ground forging real relationships that will allow for peace to take hold. For what peace truly needs is the ability for people to see one another as whole and holy beings, worthy of love and respect, who must have their rights respected and their basic needs met.

Ken yehi ratzon. May it be so.