In our Jewish calendar, we have minor holidays that get the major holiday treatment. Hanukkah, for example. It is not a biblical holiday, it does not strike major theological notes, yet since it falls in the winter around Christmastime, it tends to get much attention and observance.

Then we have major holidays that get the minor holiday treatment. And Shavuot is the perfect example. Shavuot (literally, “Weeks”) is a biblically-ordained festival and is one of the three major pilgrimage festivals, along with Sukkot and Passover, on the calendar. (“Pilgrimage festival” because it was a festival in ancient times during which people would go to Jerusalem to the Temple to celebrate and make offerings.) That puts it just below Rosh Hashanah and Yom Kippur as to importance. But because it falls in Spring when we are occupied with other things (end of school, Memorial Day) and because there are no major rituals connected with it, it tends to get forgotten.

Ritual is a big thing. It’s true, unlike the Passover Seder and the Sukkot, well, Sukkah, there are no big and flashy rituals 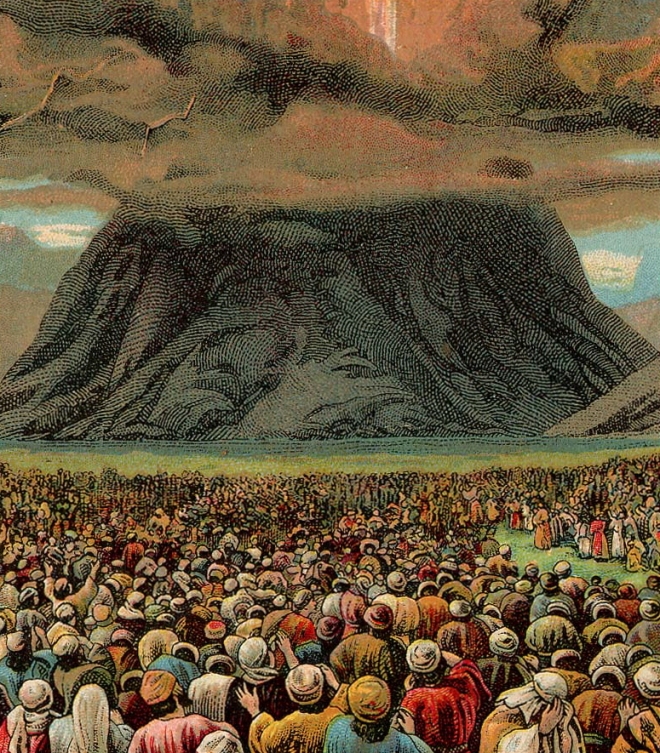 that go with Shavuot. Yet since it celebrates the revelation at Sinai, the giving of the Torah and the formation of the covenant, the gift of the sacred text that is to be our foundation, it is heavy on the theology. The rituals, or lack thereof, do not do it justice. (And just so you think I am too harsh on the holiday, note that I authored the chapter on Shavuot for the recently published Guide to Jewish Practice (from the Reconstructionist Press). The most common observance these days is a tikkun leyl Shavuot, a tradition to study Torah all night long.

Shavuot is called “weeks” because it falls 7 weeks after Passover, a period known as the Omer. Originally of agricultural origin, the Omer period links the two holidays—the festival of freedom with the festival of Torah. So as we prepare to celebrate Torah and the covenant, here are 7 ways (one for each week!) that you can observe Shavuot:

Learn: Torah is not a static document, and so when we celebrate the Revelation at Sinai, we celebrate the ongoing revelation that is interpretation and commentary. Torah is also an expansive term that applies to all Jewish texts, not just the Five Books of Moses. It is a spiritual practice in Judaism to “learn Torah”—which means to study, read, engage, argue with and make meaning from. So do a little learning. And don’t limit it to Torah. Use Shavuot as a time for learning in general, and find something you wanted to know and look it up—read a book, an article, watch a YouTube video. Finish the day a little more knowledgeable than when you started.

Teach: The corollary to Learn. Find the opportunity to teach something new this Shavuot. It could be something small or large, give a lecture or send a friend a link to an interesting article. We can not learn unless we are guided by someone either through direct instruction or by example, so use this opportunity of Shavuot to teach someone something.

Read Ruth: The Book of Ruth is associated with the holiday of Shavuot, and it is customary to read this short biblical book during the holiday. So, pick it up and read it. Its themes of joining the covenant resonate with the holiday, and the agricultural practice of leaving gleanings for the poor is a major plot point. But there is much more in there to explore: family relationships, especially between mothers-in-law and daughters-in-law; communal obligations; personal and communal identity; in-group and intergroup relationships. And there is a sex scene. Ruth it is revealed at the end (spoiler alert) is the ancestor of David and thus the Messiah, so there are echoes of messianic hopes as well.

Plant: Biblically, Shavuot is an agricultural holiday. One of its names is Festival of the Harvest (Chag Hakatzir) since it marks the end of the spring grain harvest. And while later tradition puts the emphasis on the “historical” celebration of the giving of the Torah, we should still acknowledge its earthen roots. One of the traditional ways this connection was observed was decorating the synagogue with greenery. We can do this as well by decorating our home with some freshly cut flowers or a new houseplant. Or we can go outside and plant some seeds or a new shrub—something to deepen our connection with the earth.

Eat Fruit: Similarly, Shavuot in the Torah is also called the Festival of the First Fruits (Chag Habikkurim): a time in which farmers would bring their first fruits of their harvest to the Temple as a donation. It is a sign of gratitude for the land and other gifts of nature that allowed one’s harvest to be successful. During this season we too are becoming closer to the land as we plant gardens and witness the bounty beginning to make its way to farmer’s markets. And although “fruits” is a translation to mean “bounty” rather than actual “fruit” specifically (though it can refer to fruit), we do know that just now in the Northwest the first strawberries are ripening on the plant, and other plants are beginning to ripen and bear fruit. In celebration of these first “fruits,” find something you haven’t eaten yet this season and eat it intentionally over Shavuot.

Eat Dairy: There is also a custom of eating dairy on Shavuot. Why? It’s unclear. Some say that it is because the Israelites, having received the dietary laws at Sinai, didn’t have any properly prepared kosher meat on hand and therefore ate only dairy. Some say it is because the Bible in the Song of Songs equates Torah with “honey and milk.” But whatever the reason, grab a fork or spoon and dig into some cheesecake, or ice cream, or blintzes. Look for some recipes and get creative. (You can even combine dairy and fruit together!)

Commit: More than anything, Shavuot is a holiday in which we reaffirm our commitment to our tradition. The revelation at Sinai was an important theological event because it created the covenant of the Israelite people—the mass of people liberated from slavery becomes a people at Sinai with a new social contract to bind them to each other and to the divine. We are the inheritors of that covenant. So at Shavuot, we can demonstrate our recommitment and reaffirmation of that covenant. Some are a part of the covenant by birth, and some are a part of the covenant by affiliation and association. Some have affirmed this connection through conversion and Shavuot is a special time of celebration because Ruth (see above) is seen as the biblical ideal of a convert. But no matter how we find ourselves a part of the Jewish people, Shavuot is a time to celebrate and acknowledge that connection. How one does this is a matter of personal choice, but simply taking time out during the holiday to reflect on your connection to this tradition is a wonderful observance of this sacred day.