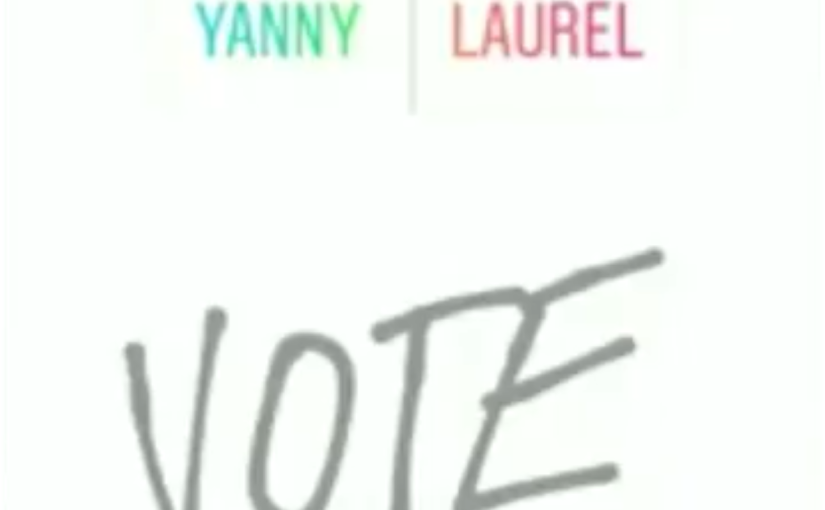 The Internet sensation of the moment is the Yanny/Laurel debate in which a recording of the word “Laurel” from a vocabulary website was discovered to sound like the word “Yanny” by some listeners.

One recording, two ways of hearing it. One sound, two words.

What is even stranger is that I played it a few times over the course of 24 hours and one of the times I played it I did hear “laurel.” But then I went back to hearing “yanny” the next time.

It was a fun game, a mysterious puzzle, and a fascinating insight into human nature: two people can listen to the same thing and yet hear something completely different.

The 10 Commandments are actually found twice in in the Torah, once in Exodus and again later in Deuteronomy. While the narrative context of Exodus is the event of revelation, in Deuteronomy the narrative context is Moses recounting the events prior to the Israelites entering into the Promised Land. And while the text is mostly the same, there are a few discrepancies. The biggest one is the commandment about Shabbat. In Exodus the text reads “Remember the Sabbath Day…” and in Deuteronomy the text reads “Keep the Sabbath Day…”

To the ancient rabbis, every single word of the Torah is correct, and so this difference can not be explained as a mistake, or a textual variation; there needs to be a deeper spiritual meaning. In the midrash, the ancient Jewish commentaries, we find the teaching:

In Deuteronomy it says “Keep the Sabbath Day” and in the previous Ten Commandments it states “remember.” The explanation is both of them were pronounced simultaneously and as one word, and were heard in one sound. (Mekhilta de Rabbi Yishmael 20:8 as found in Rashi on Deuteronomy 5:12.)

[This idea is preserved in our liturgy as well in the first line of the first stanza of Lecha Dodi, the liturgical poem sung on Erev Shabbat to welcome in the Shabbat Presence: “Shamor v’Zachor bedibur echad”—“Keep and Remember in one utterance.”]

There is power in this idea that we can all have a shared experience that means different things to different people. This reflects the overall idea of Sinai, that the Israelites were in the same place at the same time, yet could have had different experiences of revelation. Just as now we can look at the same text and each find different meaning, or values, or importance in different aspects of it. The words are the same, but we may read different things. There is strength in diversity in community when we honor each other’s difference and learn from one another.

The peril in this idea, however, is in our capacity to completely discount the other’s experience of the same thing. We can hear what we hear, but if we only allow for the truth of what we hear, that leads to division, derision, and dehumanization.

So, the original question: is it “laurel” or is it “yanny”? The answer is clearly, yes.